Business Crypto news Social Technology
47
No Comments
Share Tweet Share Share Pin it
The following coins are expected to make waves in May-June 2022. Here is why May 2022 began with the hope that we had finally reached the bottom of this extended bear market. However, calamity struck us quickly. Unpegged UST,  and other sizable crashes all left us praying and hoping things will turn around. In fact,

The following coins are expected to make waves in May-June 2022. Here is why

May 2022 began with the hope that we had finally reached the bottom of this extended bear market. However, calamity struck us quickly. Unpegged UST,  and other sizable crashes all left us praying and hoping things will turn around. In fact, the entire crypto-space went into a downward spiral as a result of this. From NFTs, to Stablecoins, and even altcoins all suffered.

Stablecoins are often seen as safe havens by investors. But teven they could not hide from the seismic dip. Due to the market drop, a number of investors had earlier switched to stablecoins to protect their assets.

Following the success of DAI in past years, UST provided an alternative way for users to safely keep their value. They did, however, lose money as a result of the unpegging. The governance token (Luna) has also dropped to almost zero. Meanwhile, BTC and the other big currencies were dumping. So, what are our options now? The following are the Top 5 Coins to look into.

What Should You Invest Now?

Of course, we don’t advise you to close your holdings. All you have to do now is strategize,go through your portfolio and position yourself to be ready for the next bull market.

Buy the dip if you have Large Cap coins with a lot of potential (Dollar Cost Average). This will always be helpful, and help you in the long run. If you have a lot of mid-caps or low-caps, though, you should reconsider. They have undoubtedly dropped significantly. Some of them may not be able to recover. However, the upside is that other fundamentally strong currencies have plummeted as well, allowing you to quickly transfer your investments between these coins with minimal risk. If you have any spare cash, you should wait for the market to settle down.

To summarize, whenever you believe the market is at its lowest, buy in the best cryptocurrencies. Choose these coins so that they provide you with the optimal mix of risk and profit. Here are our top five recommendations for this month:

As it stands right now, you cant go wrong with ethereum. ETH is growing and it is adapting to the new market demand. There has  been a remodification of Ethereum high gas-fee structure with EIP 1559. As a result, there have been fewer gas wars and consequently lower transaction costs. Ethereum has also included a token burn mechanism that is now operational. 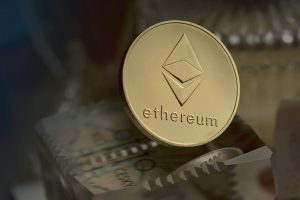 Terra is a blockchain based on the Cosmos SDK, as you may know. What exactly does that imply? Is it damaging to Cosmos’ reputation? It improves Cosmos’ standing. Cosmos has shown to be more robust. As a result, Cosmos may create an ecosystem of projects, each of which has its own vast ecology.

Cosmos is already reaching new heights thanks to ventures like Kava and Secret Network.

The IBC (Inter Blockchain Communication) Protocol has opened up a whole new realm of cross-chain transfers that are free of the risk of bridge attacks.

Polkadot has been steadily progressing in the right direction. It is routinely onboarding Parachain slots. Moonbeam and Astar are two projects that have grown in popularity in TVL.

As a result, there is a lot of synergy in the ecosystem, with several prominent projects pulling for Acala’s aUSD to become the leading stablecoin. The network has been up and operating without any issues. Polkadot, like Cosmos, has the potential to become the next blockchain. 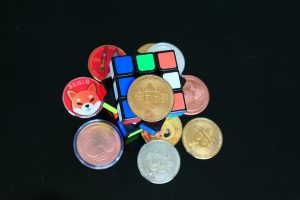 PolkaFoundry has a low market valuation compared to the other projects on the list.

It uses the Red Kite IDO Platform. Red Kite is a top IDO platform, and if you own PKF, you’ll be able to participate in IDOs throughout the impending bull market. During the past bull market, several of Red Kite’s IDOs returned more than tenfold. Bloktopia is among them. 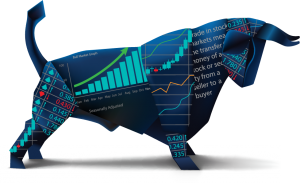 Bitcoin (BTC) is a must-have in every portfolio. It has plummeted less than the other major currencies in this bear market. In a bad market, we accumulate solid projects with higher multipliers as a matter of thumb. We then return to stablecoins (not UST) and BTC in the Bull market. And, as usual, you should do your own research (DYOR) before making any investment. This is not financial advice.

One of the BEST NFT projects you don’t want to miss. 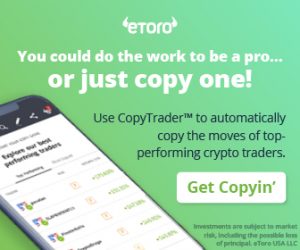