Business Crypto news Social
195
No Comments
Share Tweet Share Share Pin it
Predicting Bitcoin’s Next Price Bitcoin enjoyed a favorable 2021. In fact, the majority of the crypto space was bullish in all of 2021. Last year, El Salvador became the first country in the world to adopt Bitcoin as a legal tender. Bitcoin valuation rose from $30,000 to $50,000 within the space of a year. Other 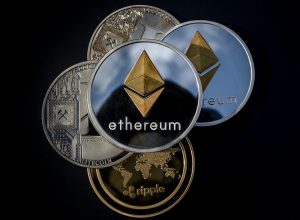 Bitcoin enjoyed a favorable 2021. In fact, the majority of the crypto space was bullish in all of 2021. Last year, El Salvador became the first country in the world to adopt Bitcoin as a legal tender. Bitcoin valuation rose from $30,000 to $50,000 within the space of a year. Other cryptocurrencies have enjoyed favorable gains in the last 12 months. The likes of BNB, Solana, Ethereum, Shiba Inu, Cardano, and so on have grown tremendously.

Although it may come as a surprise to many people, El Salvador’s president Nayib Bundle has issued a number of Bitcoin predictions for 2022. One of such predictions is that Bitcoin will reach $100,000 in 2022.

Bukele was quoted saying that “Bitcoin will reach $100, 000 in 2022.” El Salvador will adopt Bitcoin as one of its official currencies along with the US dollar. Although many share the same view as Bukele, there are some that are of the opinion that a bearish run will curtail the price growth of the coin.

Bitcoin price peaked at an all-time high of just below $69, 000 in November before falling below $50, 000. Over the summer, the price fell towards the $30, 000 mark owing to the China crypto crackdown and Elon Musk preference for dogecoin.

Several experts already predicted that Bitcoin will hit the $100, 000 mark before 2022, but major crypto in the market suffered towards the end of 2021. The entire crypto market has lost around $800 billion in the last two months from $3 trillion as investors fear that the market is entering a bearish season.

Following the announcement that El Salvador will adopt Bitcoin as a national currency, the country has bought around 1,141 Bitcoins, and is still buying more.

Last month, the country acquired another 21 Bitcoins to celebrate the 21st day of the last month of the 21st year of the 21st century,

The number 21 holds lots of significance in the Bitcoin community as there are only 21 million bitcoins in existence.

Part of Bukele’s prediction include; “[two] more countries will adopt it as legal tender, [bitcoin] will become a major electoral issue in U.S. elections this year, Bitcoin City will commence construction [and] volcano bonds will be oversubscribed”—this refers to the newly announced new low tax city that will be built with money from a $1 billion bitcoin-backed bond

Neighboring countries are also making plans to follow in the steps of El Salvador. Some leaders have shown interest in Bitcoin, and are willing to adopt the premium crypto if it is able to reduce remittance cost.