Crypto news Media Technology
23
No Comments
Share Tweet Share Share Pin it
Twitter To Integrate Bitcoin To Existing Products And Services Twitter CEO Jack Dorsey has told investors that Bitcoin will play a prominent part in the company’s future plans. He confirmed to investors that he sees ways to integrate Bitcoin into current services and products offered by the social media platform. The integration will see Bitcoin

Twitter To Integrate Bitcoin To Existing Products And Services 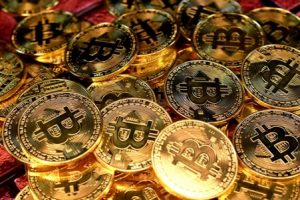 Twitter CEO Jack Dorsey has told investors that Bitcoin will play a prominent part in the company’s future plans. He confirmed to investors that he sees ways to integrate Bitcoin into current services and products offered by the social media platform. The integration will see Bitcoin used for subscriptions, sponsored posts, Super Follows, and Twitter Tip Jar.

Dorsey has been an avid supporter of Bitcoin for years. Right now, he is putting that belief into action by introducing crypto into Twitter’s platform. However, the way it would be integrated is still unknown. Over the years, Dorsey has publicly supported Bitcoin by saying it is a reflection of the early days of the internet. According to him, there is so much more that can be expected from the premium cryptocurrency.

Recently, Dorsey partnered with Jay Z to launch a $23.6 million Bitcoin fund. Dorsey also mentioned plans to introduce his other company Square into the decentralized financial services via Bitcoin. Dorsey and Jay-Z are working closely to see how blockchain technologies and cryptocurrencies can alter the business side of music.

Dorsey mentioned Bitcoin as one of the important trends for Twitter’s future. It is expected that Bitcoin will change the face of Twitter in the coming years.

In his speech to investors during Twitter’s second-quarter earnings call, he said it would help the company transition into product expansions while insisting that Bitcoin is poised to be the native currency of the internet. Interestingly, Square both $50 million worth of Bitcoin in 2020; that value is now worth $253 million. The company also bought an additional $170 million worth of Bitcoin this year.

“If the internet has a native currency, a global currency, we are able to able to move so much faster with products such as Super Follows, Commerce, Subscriptions, Tip Jar, and we can reach every single person on the planet because of that instead of going down a market-by-market-by-market approach,” Dorsey explained. “I think this is a big part of our future. There is a lot of innovation above just currency, especially as we think about decentralizing social media more and providing more economic incentives. So, I think it’s hugely important to Twitter and to Twitter shareholders that we continue to look at the space and invest aggressively in it,” he added.

A rep of the social media giant confirmed that this is the first time Dorsey has publicly shown support for Twitter and Bitcoin integration.

“There’s an obvious need for this and appreciation for it. And I think that an open standard that’s native to the internet is the right way to go, which is why my focus and our focus eventually will be on bitcoin,” he noted.

Twitter has shown post-pandemic solid earnings, with the company showing an increased growth rate in the last year. The company registered a Q2 revenue of $1.19 billion.

Ripple Price Expected to go up in 2022