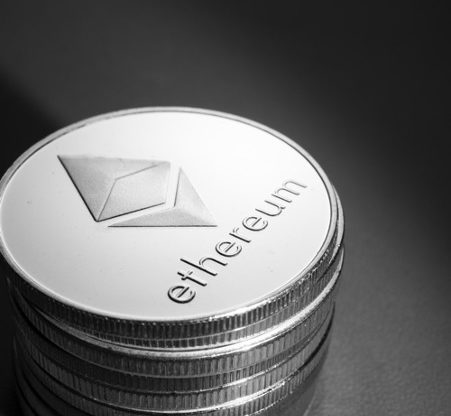 Deutsche Bank has marked Ethereum as the digital silver following the claim that Bitcoin is the new digital gold.

As Bitcoin continues to hold a strong position amid intense clampdown in China, Deutsche Bank has made certain additions to its research material in the crypto market by drawing connections with Bitcoin and Gold, as well as Ethereum and Silver.

Senior economist at Deutsche Bank, Marion Laboure, made the connection between both assets. She outlined her findings in a new research page detailing her perspective on both valuable digital currencies.

“History shows that humans always had a strong willingness to store their money in an asset which is different from the day-to-day working arrangements of governments and authorities,” she said while responding to questions about the safety of both assets given the fact that they have a limited supply. “Until recently, gold has been this primary asset. So I could envision bitcoin to be a kind of digital gold where people can store their value as well.”

Deutsche Bank is not the only investment bank that has drawn a correlation between both sets of assets. At the start of the year, JP Morgan mentioned closed ties between the world’s most valuable precious metals and the world’s leading cryptocurrency.

Both certain financial institutions are wary of drawing comparisons between silver and Ethereum.

Currently, Ethereum has a market that is roughly 50 percent of Bitcoin’s. However, it is used by most industries thanks to its use of smart contracts (Smart contracts help improve the functionality of a blockchain).

Laboure added on the subject: “Bitcoin is clearly the pioneer and the most traded crypto. Its market cap is ways bigger than the number two Ethereum, which offers many applications and use cases, such as decentralized finance (DeFi) and non-fungible token (NFT). If bitcoin is sometimes called ‘digital gold,’ Ethereum would then be the ‘digital silver’!”

However, it is unknown if Laboure’s words about Ethereum are the view of the Deutsche Bank or a personal suggestion.

Mind you, several other cryptocurrencies in the past have claimed the title of digital silver

Litecoin, one of the earliest cryptocurrencies, laid claim to digital silver’s title as far back as 2011. Charlie Lee, its founder, said he  “wanted to create something kind of silver to bitcoin’s gold.” However, Litecoin couldn’t keep up, and it now ranks 17th in CoinMarketCap’s list of valuable coins.

Although Ethereum has won mainstream support thanks to its smart contracts, it faces strong competition from new digital assets like Binance Coin, Cardano, and Solano.

Getting To Know Solana
What Has Ripple (XRP) Been Up To?