Fidelity On The Brink Of Launching Bitcoin Fund

Fidelity On The Brink Of Launching Bitcoin Fund

Business Crypto news Media
37
No Comments
Share Tweet Share Share Pin it
New Era For Fidelity Investments  In the past few years, Fidelity has shown remarkable support for Bitcoin and the cryptocurrency industry at large. The institution was one of the first supporters of Bitcoin as far back as 2017. In recent times, Fidelity has shown a serious interest in placing Bitcoin as an investable asset.  A 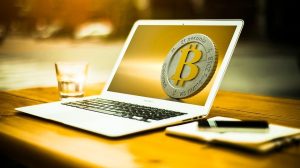 A recent publication by the U.S Securities and Exchange Commission (SEC) revealed that Fidelity is launching a bitcoin fund. According to Fidelity president and director of digital funds, Peter Jubber, the minimum investment for the fund is set at $100,000.

The fund tagged the Wise Origin Bitcoin Index Fund I, LP will be open to qualified investors via authorized investment advisers, family offices, as well as other institutions.

Experts close to the matter said that the fund would be in the custody of Fidelity Digital Assets, and it will be a passively-managed, Bitcoin only fund. In a statement, the company said, “We’ve taken a giant step for the future, and we are making a long-term commitment to blockchain and digital assets. We want these technologies to be more accessible to investors in the short and long term.”

The latest filing by Fidelity is seeking an exemption from registration requirements under Rule 506(B) of Regulation D for private placements. This will enable the company to sell securities to an infinite number of investors.

Ushering In A New Era

The Fidelity filing is coming at a time when bitcoin is becoming more popular among various institutional investors. According to a survey done by Fidelity Digital Assets, more than 80% of institutional investors find digital assets appealing in one way or the other. The survey also showed that 36% of investors in the U.S and Europe, were already into digital.

Since professing its affection for Bitcoin in 2017, Fidelity has continued to show support for the premium cryptocurrency. In the past, Fidelity CEO has gone on the record to say that the company is formalizing its interest in Bitcoin by launching the Fidelity Digital Assets faction. Last year, Fidelity was granted a BitLicense by the New York Department of Financial Services, to run a different array of cryptocurrency businesses.

Ripple Price Expected to go up in 2022