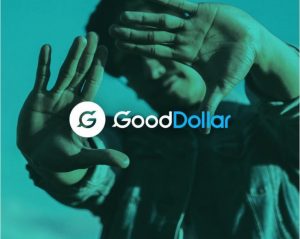 GoodDollar, launched publicly on September 7, and delivers a solution that empowers citizens around the world to claim Basic Income via the G$ coin, a digital currency that any cell phone owner can claim, and convert to local currency.

Basic Income is a long-standing scheme that has recently gained new attention and relevance as governments have begun to give money directly to citizens through financial rescue packages. The Coronavirus Aid, Relief, and Economic Security (CARES) Act, is a departure from past financial stimulus packages for its signature policy of providing each American with a one-time $1,200 cash payment.

Putting aside the pandemic, the wealth gap continues to widen, with the world’s wealthiest 20 percent of the population owning 94 percent of the planet’s wealth, a topic helping to stimulate the growing interest in Basic Income with thought leaders and policy makers alike.

“Our current economic model doesn’t necessarily always work well and generate good and there are two reasons for that: One is the level of inequality that is driven by how the system works, where the rich get richer and the poor get poorer; and the second is the lack of transparency of how money is being used and moved around the system,” says Yoni Assia, the chief executive officer of eToro.

The COVID-19 crisis has highlighted an urgent need to protect those in society whose livelihoods are being made insecure because of the crisis. It is a global health crisis driving a global economic crisis, unprecedented in modern times and deemed a once in a generation phenomenon. It appears no governments or global agencies have a comprehensive playbook for successfully managing the crisis, we are writing it as we go along.

Basic Income pilots have popped up all across the United States and other parts of the world with payments being dispensed to citizens to meet their basic needs.

In July, Twitter CEO Jack Dorsey, a vocal advocate of Basic Income, pledged $3 million to support Mayors for a Guaranteed Income (MGI), a coalition of mayors from U.S. cities including Los Angeles and Atlanta. Dorsey, who months earlier moved $1 billion of Square stock to charitable fund Start Small LLC, called the initiative a “tool to close the wealth and income gap, level systemic race and gender inequalities, and create economic security for families.”

Facebook’s Mark Zuckerberg has also thrown his weight behind Basic Income in the past, as has Tesla’s Elon Musk and former Democratic presidential candidate Andrew Yang. Yang’s non-governmental-organisation Humanity Forward has raised millions of dollars from Jack Dorsey to support Basic Income pilots and some of the emerging political candidates that embrace the idea.

It is not just U.S. philanthropists with a focus on Basic Income either. In a recent groundbreaking study published by the University of Oxford, led by Professor Timothy Garton Ash, 71 percent of the respondents across Europe supported the idea of Basic Income, a social policy once considered radical. As more countries examine the benefits of Basic Income to society, the World Bank has recently issued a guide to helping to navigate concepts, evidence and practices.

Economically empowering people is the central tenet of Basic Income with direct, unconditional payments giving citizens the ability to purchase groceries, clothing, and vital medicine for their families. How to best get the payments to citizens in a safe and reliable way is one of the big questions that needs to be addressed.

Many in the U.S. believe the current systems of getting money to people, like checks in the post, are unfit for the job and emphasize the glitches and programming errors that have prevented tens of millions from receiving their Covid-19 stimulus checks.

Governments simply are not set up to deliver cash to citizens at scale.

In May, Andrew Yang advanced the case for a “citizenship portal” where individuals could freely access benefits, view tax information, renew licenses and connect bank accounts. Scandinavian countries already have many of these systems in place, linking citizens’ and their bank accounts, taxes, business, and health records. Now, governments around the world are looking at these models and new technologies to underpin new solutions.

Blockchain and distributed ledger technology (DLT) is emerging as a promising option for the next generation of infrastructure for government tax and payment infrastructure due to its security and transparency in enforcing an accurate ledger of transaction data between large numbers of counterparties. As importantly, the secure speed you can move money around on the network and globally is a social innovation.

Basic Income isn’t the only idea under consideration that represents a departure from conventional thinking. The booming decentralized finance (Defi) sector aims to shake up the current financial system by introducing accessible new solutions to long-standing problems such as wealth inequality, centralization, monetary exclusion and high transaction fees.

Defi products such as lending, borrowing, staking, and trading enable users to interact directly on secure, decentralized protocols, while novel blockchain-powered identity solutions may better help governments distribute funds fairly and transparently. One of the often-cited use cases of Defi is to bank the 1.7 billion people in the world unbanked and left behind by the traditional financial system.

Promoted as finance for the 21st century, Defi utilizes permissionless smart contracts on the blockchain. The DeFi market is growing rapidly with an estimated $15 billion of value currently locked in self-executing financial products built via computer-code that often “cuts out the middlemen.”

GoodDollar is the result of a desire to build a Basic Income product that is detached and not controlled by one specific government while benefitting from the governance and support mechanisms of the public blockchain network.

“If the interest rate and system is not controlled by a country, how is it governed and how can you trust it eventually? Blockchain is a very clear answer – decentralized finance enables us to build this as something which is a common good, which is open source, which is public, transparent, governed by smart contracts in the code, and therefore could potentially scale globally,” says Assia.

In a few short days, GoodDollar has onboarded thousands of users from over 40 countries including regions with large numbers of unbanked citizens including South Africa, Nigeria, Ghana, Kenya, Senegal, Argentina, and Venezuela. All of the minting and transactions of G$ coins are visible on-chain, with side-chains enabling low transaction costs.

As a part of the ongoing solution, the project aims to provide the infrastructure for the deployment of Basic Income at local, state and national level, and to bring in tens of millions of citizens.

COVID-19 has accelerated the need for a solution to the economic crisis. It is not just those citizens who have been traditionally financially excluded that can benefit from Basic Income, the pandemic has created vast unemployment in the working and middle classes around the world.

“We are truly fortunate at eToro to have experienced significant growth in our business during the crisis, but we realize that the financial inequality gap in society is widening at a quicker rate due to COVID-19. There are significantly more people unemployed around the world today than nine months ago, and that focuses us on further delivering solutions, now. We want people to go to the website and claim their GoodDollars, find usage for them and tell the world about it,” says Assia.

*68% of retail investor accounts lose money when trading CFDs with this provider. You should consider whether you can afford to take the high risk of losing your money.