Mainstream Adoption of Crypto In The U.S Close To Adoption

Mainstream Adoption of Crypto In The U.S Close To Adoption

Business Crypto news Media Social
18
No Comments
Share Tweet Share Share Pin it
Chartered Banks Have Greenlight To Provide Custody Services For Crypto Cryptocurrency enthusiasts, crypto fanatics, and anyone who has a bit of interest in crypto would be delighted by the recent interpretive letter from the Office of the Comptroller of the Currency (OCC). As a federal banking regulator in the United States, the OCC is making

Chartered Banks Have Greenlight To Provide Custody Services For Crypto 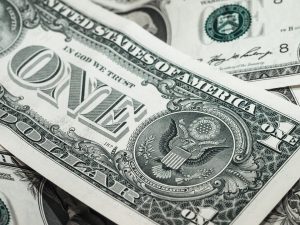 Cryptocurrency enthusiasts, crypto fanatics, and anyone who has a bit of interest in crypto would be delighted by the recent interpretive letter from the Office of the Comptroller of the Currency (OCC). As a federal banking regulator in the United States, the OCC is making a conscious effort in bolstering crypto awareness.

In its published letter on Wednesday, the OCC said it believes nationally chartered banks have the capacity to provide custody services for cryptocurrencies. With this announcement, the industry hopes it will lead to a new era of crypto adoption across all boards.

Although these recent happenings are positive news for the digital assets environment, it is still unclear if major banks will buy into the new regulatory act.

“The letter is a small but crucial step in the journey to integrate crypto into the current financial system,” said Congressman Darren Soto. “We are fully behind the integration of cryptocurrency into our operational system, and we hope the leading financial institutions would join the party. This will make it easier for the full legitimization of cryptocurrency.”

However, the Congressman gave a word of caution. “We are still a long way from incorporating this on a large scale.”

But there is no denying it that a full-scale adoption will be a highly welcomed development on all front. Representative Tom Emmer, also shares the same opinion with the Congressman. He said in a statement that providing custody is the right step in the right direction.

“The Comptroller’s [Brian Brook] work is the foundation we need, and it should be the path we follow to ensure the smooth transition in the coming years,” Emmer said.

Speaking anonymously, a Congressional staffer said that there are several aspects of the interpretive letter that stand out. The staffer mentioned that the speed at which the letter was released, caught many people off guard, given the fact that Brooks became Acting Comptroller in May. Nevertheless, the staffer, who advises a lawmaker on issues relating to fintech, said lawmakers would say that the rapid release of the letter means there was inadequate research to understand the pros and cons of the move fully.

Soto also alluded to the fact that the OCC’s announcement was out of the blue, given he only resumed office a few weeks ago.

“We seen lots of things come out at incredible speed in the last four years, so this comes as no surprise to us,” Soto said. “However, this should have happened a long time ago. I am talking years ago.”