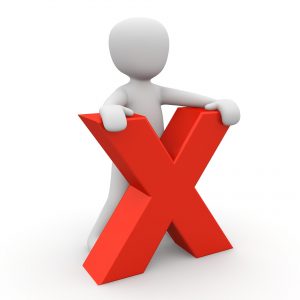 Two more cryptocurrency channels got YouTube strikes against crypto-related content earlier this week. One YouTuber, “Ivan The Tech”, a crypto educator with 216,000 subscribers on his channel received a strike notice against his account, restricting his ability to upload content or live stream video for a period of time (determined by the number of strikes and the nature of the violation committed).

Another was a crypto news reporter “The Moon” who has 89,000 subscribers. A strike was levied against this user as well. After claiming that there was “nothing wrong with his content”, The Moon became suspicious that the reason for the strike was due to a title of a video he uploaded which was named “Warning!!! Financial crisis has begun! Bitcoin not safe haven in this bloodbath!”. Youtube somehow deemed this a violation of their “sale of regulated goods and services policy” by the video and his channel, though the policy does not make any mention of digital assets.

It is not clear which video prompted the YouTube issued strike from “Ivan The Tech”, but after speaking to various departments, his videos have been restored, as have The Moon’s. Ivan decided that he will now upload his content to his own site rather than use YouTube, as he has experienced strikes from them on videos before.

Coinbase had attempted to reach out to YouTube for comment with regard to these latest strikes, but have were not able to get a response.

Ivan and Moon were not the first cryptocurrency based channels to feel the misguided wrath of YouTube’s policies and terms. Other crypto-based sites have reported similar issues in the past, pointing to videos with sensationalistic descriptions or promotional content as being a probable cause for the strikes against the channel.

Late in 2019 YouTube issued similar actions against a few cryptocurrencies themed accounts, purging a number of educational videos from the platform and handing out strikes against the channels, before realizing and declaring this removal a mistake.

After an uproar from the crypto community forced YouTube to restore the content, the platform said they made a “wrong call” and acknowledged that their algorithms are not always on point, and are sometimes prone to make erroneous calls. It is unknown, however, if the entirety of the purged content was fully restored.

While cryptocurrency is a relatively new industry, it is not so new that YouTube has had no time to dig into the nuances and figure out some better-defined verbiage in its terms and conditions to more appropriately apply to the specifics of crypto news and education channels. YouTube crypto channel owners certainly hope this happens sooner rather than later.

If you are interested in trading Bitcoin or other Cryptos take a look at our Bitcoin Platforms section.

You can always start trading with one of the recommended platforms we have already reviewed.

We gathered here the Top Bitcoin Autobots that we reviewed lately:

The Immediate Edge Extended Review might change the way you think of trading Bots. While the Crypto Genius will help your trading abilities.

For additional reviews check out the latest one regarding the Bitcoin Profit.

The IRS and Crypto
The Art of The (Modern Age) Scam