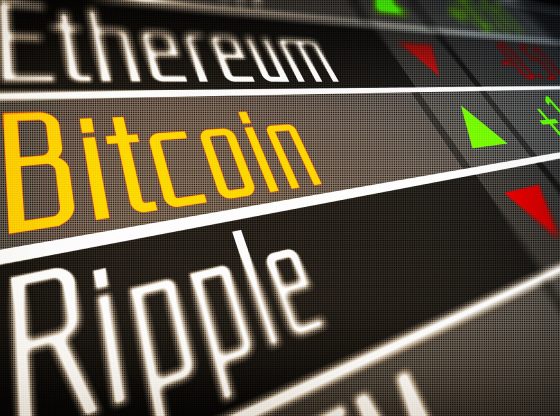 In the last few weeks ripple exploded in the cryptocurrency markets. From a value of $0.2 a few weeks ago, to a staggering $2.9 dollars according to worldcoinindex. That is more than 10X on the initial investment.

On Paper , the current price point of ripple might not seem as impressive as the bitcoin price tag of $13,950, but it is much more deeper than that. Ripple market cap is estimated at $81 billion, and is ranked 3 on the Coinmarketcap.

An important number we should look at, is the number of both tokens, the bitcoin and the ripple. Currently there are just below 17 million Bitcoins in existence, compared to 38 billion of the ripple.  There is a total supply of 100 billion Ripple coins and only 21 million of bitcoin.

“Since december 2017 up until January 2018, the value of ripple skyrocketed “

Since december 2017 up until January 2018, the value of ripple skyrocketed. And investors are now starting to look towards the Ripple potential for profit. 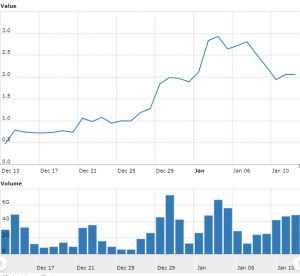 Ripple is both a transaction network and a cryptocurrency token. You can find in the trading platforms such as Binance as XRP.  It was already launched at 2012. It is a distributed, open source payment system that is still in beta. The main goal of the system, according to its website is to enable people to break free of the financial network walls – banks, credit cards, PayPal and other different financial institutions that restrict access as they see fit. The ripple token was created as the go- to cryptocurrency for banks and global money transfers. Ripple creators claim that it is the “fastest and most scalable digital asset” for real time payments worldwide.

Ripple payments compared to BTC and ETH – from the ripple website. 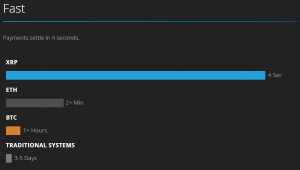 That’s not all, ripple uses a novel consensus algorithm, to validate transactions, and it requires computer to identify themselves and obtain permission to participate in the currencies network.

In many ways, bitcoin is like ripple, it is a digital currency based on mathematical algorithms and has a limited number of coins – 100 billion XRP, and 21 million BTC.  Both of them can be transferred from one  account to another without the need of a third  party.

“Brad Garlinghouse, the company’s CEO, tweeted that bands and payment providers are “indeed planning to use (XRP) in a serious way”

Ripple does not take fees as the way credit card, PayPay and banks do. However, it does take a small portion of a ripple – about 1 thouthands of it, from each transaction. The amount that is taken is deleted permanently from the system.

Investors that are now speculation on the token to reach new heights need to be aware that widespread adoption is far from reality and may not ever be one.

On the other hand, only last week, Brad Garlinghouse, the company’s CEO, tweeted that bands and payment providers are “indeed planning to use (XRP) in a serious way”.

If you are going to invest in ripple, investigate, read, and learn before you enter this rollercoaster ride.

If you want to take the risk, this is how you can short bitcoin.
Everything you need to know about IOTA coin