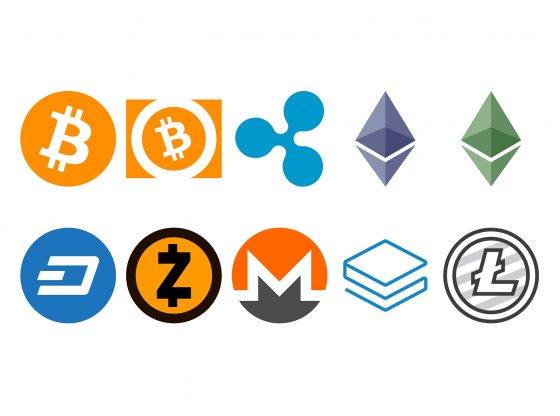 Today, More and more people are joining the Crypto world.

You probably heard the terms – Bitcoin, Blockchain and Crypto Exchange trading systems.  Those are terms you must know before entering fascinating world. However, in the learning process, those numerous terminologies and crypto jargons make most  of the new crypto crowed feel out of the sink.

I felt the same when I started. It felt as if this world is endless. But trust me when I say that learning these new terms and jargons is worth every second of your time. It will be a bit overwhelming at first, but If I made It till here, It won’t be a problem to you.

If you take a minute of your time each every day, you will become a crypto expert in no time.

In the first section you will find the most common terminologies:

Bitcoin: When the letter B is capitalized, It represents the overarching concept of Bitcoin: The technology behind it, the Bitcoin world, the protocol and the software it is sitting on – the Blockchain.

Bitcoin : when the b is not capitalized it is describing the unit of currency.

Cryptocurrency: It is a form of digital money that is designed to be secure and in many cases anonymous. It is a currency associated with the internet that uses cryptography, the process of converting legible information into an almost unbreakable code to track purchases and transfers.

Altcoins: A named coin as a merger of the words bitcoin and alternative.They are the alternative cryptocurrencies to Bitcoin, for instance the Ethereum, Ripple, Bitcoin Cash and such.

Satoshi: The smallest unit of the bitcoin possible. One Satoshi is 0.000000001 part of a bitcoin. There are 100 millions satoshis in a single bitcoin.

Cryptography: A branch of mathematics, algorithems and computer science that is behind the invention of cryptocurrencies.

Blockchain: A universal public ledger of bitcoin transactions till date. It is a digital ledger in which transactions made in bitcoin or another cryptocurrency are recorded chronologically and publicly.

Now after knowing the basics – the second section will take you a step dipper:

Wallet: Wallets are where public and private keys are stored. The wallets can be specific to a single cryptocurrency or hold different varieties together. There “cold wallets” and “hot wallets”.

Bitcoin wallet (Hardware, Software, Mobile wallet): A physical or software object where you have a combination of public and private key stored. Here you can find a list of best hardware wallets.

Cold wallet: A cold wallet will usually be in the form of a hardware wallet, a USB stick or a paper wallet. Those wallets are known as “cold wallets”. It is considered the safest way to store your private key.

Hot Wallet: A hot wallet is a wallet that has an active connection to the internet. Usually those wallets are used for “everyday” transactions. It is recommended that you never hold large amounts of bitcoin in them, since their connectivity reduces thier security.

Private Key: A private key is a secret, alphanumeric password/number used to spend/send your bitcoins to another Bitcoin address.

Mining: A cryptocurrency needs some kind of mechanism to prevent the ruling party from abusint it. The process of computer hardware doing mathematical calculations for the Bitcoin network to confirm transactions and increase security. A miner can build a block and add it to the blockchain. As a reward a transaction will occur that will give him a specific number of Bitcoins.

Recovery phrase/seed keyword: A random sets of words that are used to derive Numerous pairs of private and public keys. They are formed from random 12, 18, 24 words. Using the random words, you can restore your wallet in any other supported seed key wallet.

Adress: A cryptocurrency adress is used to send or receive transactions on the blockchain network. An address usually presented as a string of alphanumeric characters.

Confirmation: When a Bitcoin transaction takes place, the blockchain confirms the transaction’s validity. The confirmation is done by “miners”. For bitcoin, this occurs on average every 10 minutes when a miner solves a block.

There is an endless road of terminologies and terms that any one who wants to go dipper need to learn.

If you are seasuis about learning and understanding the Bitcoin world, you should study carefully the next section – section three.

Public Key/Bitcoin address: This is another alphanumeric address/number which is derived from private keys and is used to publicly receive bitcoins.

Transaction ID: A alphanumeric string from which you can publicly see the transfer details (amount sent, sending/receiving bitcoin address, as well as the date of transfer) on the blockchain system.

Hardware wallet: Can be named as well as a “hot wallet”. A hardware device which stores public and private keys of Bitcoin.

Transaction fees: In order to complete Bitcoin transactions a small fee is usualy payed to the miners. They receive it for mining a block via bitcoins.

P2P: It means peer to peer or person to person.

Block: A group of bundled-up transactions which miners choose to verify.

Pump & Dump: Usually organized group that conduct a Massive buying and selling of cryptocurrencies when the price is to one’s benefit.

Hash: A digital fingerprint of a fixed size produced by a hashing algorithm by processing data of any arbitrary size (numbers, alphabets, media files).

ICO: It is the abbreviation of Initial Coin Offering – new crypto coins or tokens offered to the general public in return for their fixed priced investments. It is a new way of decentralized crowdfunding.

Hard Fork: A software update or an update on the blockchain protocol that is not backward compatible.

The crypto world is an evolving one, one that is still in its diapers. If you want to take a part of it, you should expand your knowledge.  Study carefully each and every aspect of it. Learn the basics, read and explore it. The terms mentioned above are the tip of the iceberg of this world.

Everything you need to know about IOTA coin
Buying Bitcoin seems like an undoable task?